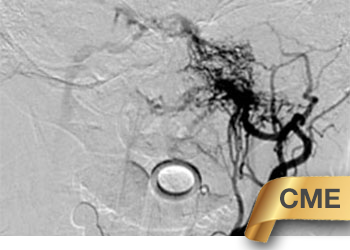 Learners will be able to recognize the symptoms that may suggest Dural Arteriovenous Malforations, and order appropriate tests to confirm the diagnosis, and refer these patients to a subspecialist for management and treatment.

A woman in her 60s with new onset of double vision and left ear tinnitus (hears blood rushing through her head) both of which occurred following cardiac ablation treatment due to atrial fibrillation. The patient was on oral anticoagulation treatment with apixaban.

Fig 1. Brain MRA shows an intracranial vascular malformation in the left cranial base suggestive of a dural arteriovenous malformation.

Baseline cranial angiogram found an extensive dural arteriovenous malformation (dAVM) with indirect connections (high-flow shunts) between the left external carotid artery and the petrosal/cavernous sinus (Fig 2). There was drainage via the petrosal sinus and jugular veins, but also the contralateral ophthalmic vein. 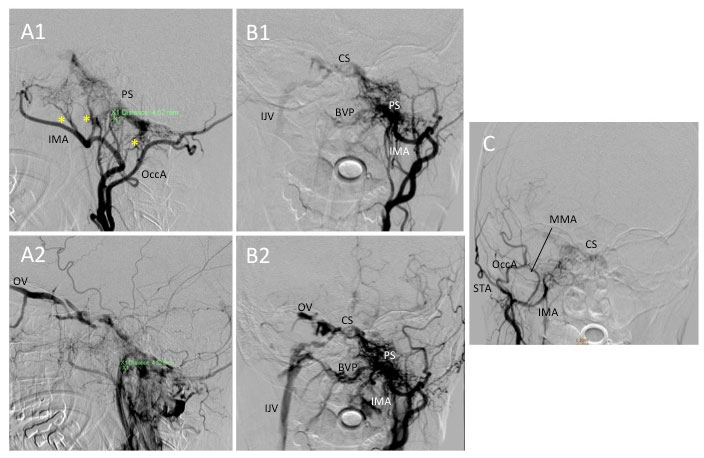 Venous mass effect was thought to be responsible for the 6th nerve palsy as was the high-flow shunts for the tinnitus. The transvenous (internal jugular vein) route was chosen for endovascular embolization of the malformation with coils (Fig 3). During the procedure it could already be demonstrated that embolization led to a significant reduction of the shunts. There were no complications. 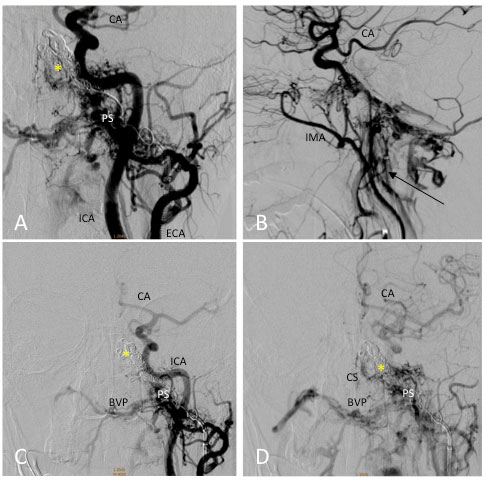 After the procedure, the patient was placed on anticoagulation therapy. After two weeks, control angiogram showed a near complete obliteration of the dAVM (Fig 4). The patient was asymptomatic and doing well.

Dural AVMs are direct (e.g. carotid-cavernous sinus fistula) or indirect (via meningeal branches of the carotid or vertebral arteries) connections between neck/meningeal arteries and intracranial sinus veins [1]. The history may reveal a preceding trauma or surgery. Otherwise, dAVMs may occur spontaneously or may be associated with thrombosis and hypercoagulable state.

Thrombosis or venous stenosis of the draining vein may cause venous hypertension by creating a blockage of the draining vein, causing pressure elevations and enlargement of AV shunts, and altering flow dynamics and directions [2, 3]. Retrograde blood flow and cortical drainage are considered markers for increased risk of rupture (intracranial hemorrhage) of the dAVM. Venous enlargement and high-flow shunting may cause cranial nerve palsy, ocular symptoms, and tinnitus [4].

In this case, the patient had undergone cardiac ablation treatment before the symptoms (cranial nerve palsy and tinnitus) occurred. A hypercoagulable state could not be diagnosed. Furthermore, the patient was on oral anticoagulation therapy. Perhaps, there was a small window peri-operatively where she was susceptible to thrombosis, when the pathological shunts manifested and then became symptomatic.

Treatment of choice is endovascular embolization where trans-arterial and transvenous routes can be considered. Radiotherapy may be used as the primary treatment modality or in addition to endovascular therapy. 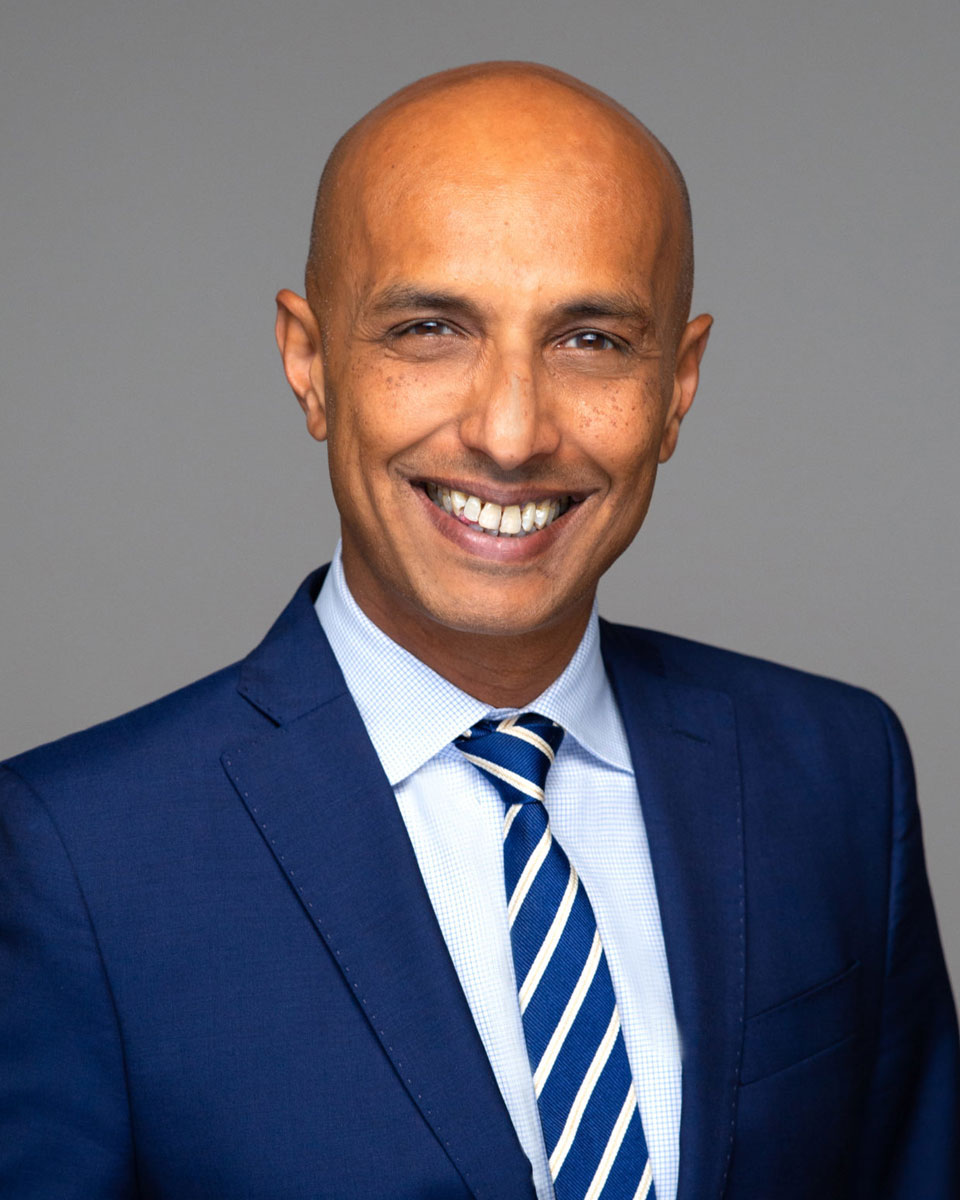