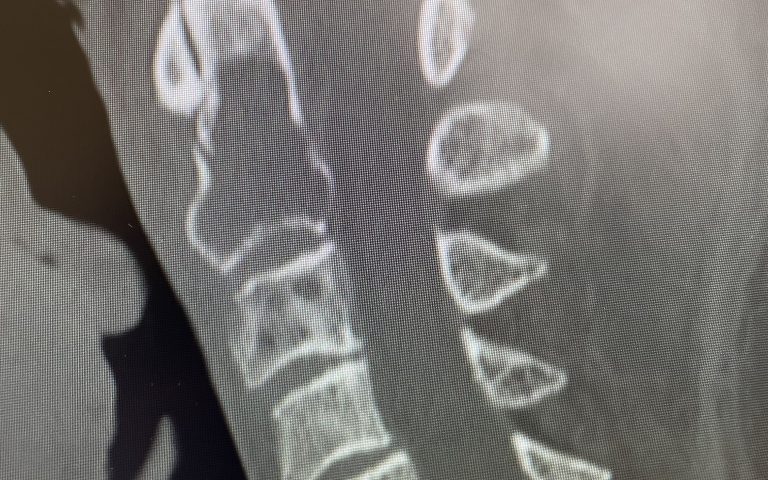 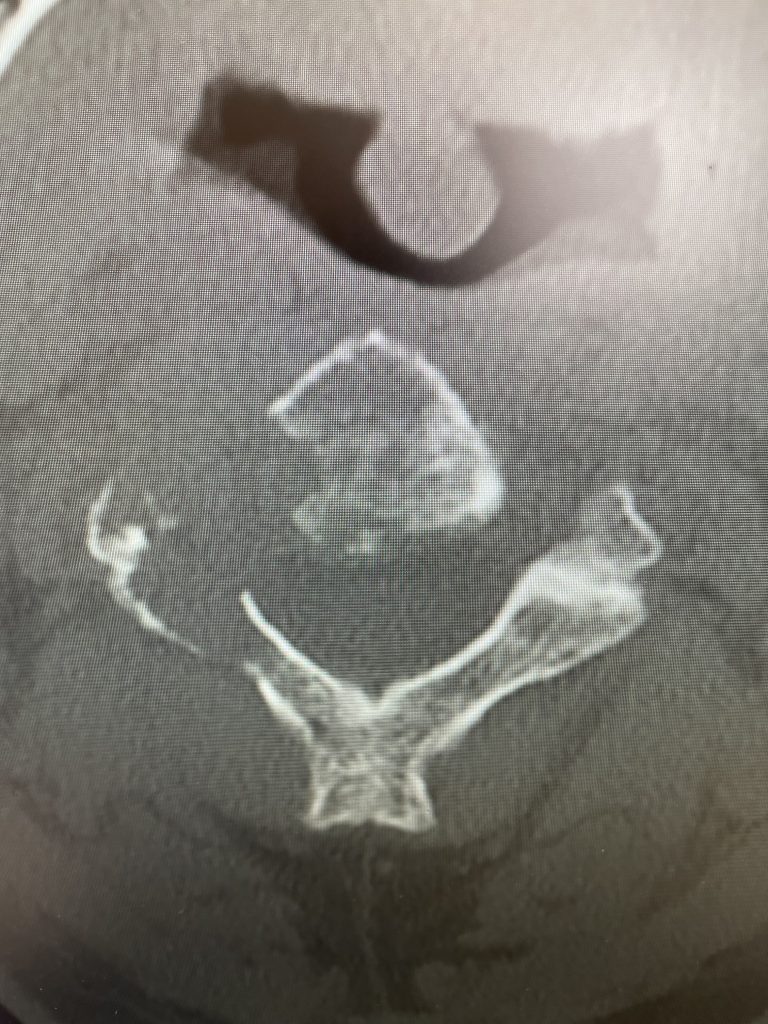 Fig 1: Sagittal and axial CT scan showing a lyric C2 lesion with extension into the posterior elements on the right side

Here is a tough case: This is a 72 year-old male who presented with several months of progressive neck pain without symptoms of the arms or legs. He had a history of prostate cancer for which he was treated.  He had a biopsy of a hip lesion which was consistent with Paget’s disease, a benign but aggressive disease of the bone. He had imaging studies that were consistent with a destructive lytic C2 bony vertebral body lesion with extension into the posterior bony ring and possibly affecting C3 vertebral body (Fig 1).  The patient’s urologist didn’t believe the patient had metastatic prostate cancer since his PSA was not elevated. The lesion itself was also not consistent with metastatic prostate cancer as they are usually blastic or bone forming lesions not bone destroying. His oncologist had initially sent us the patient with the thought that this was Pagets’s disease.  Paget’s disease rarely affects the cervical spine and the bony appearance is more heterogeneous with a “picture-frame” appearance and hyperdense and not lytic. The patient underwent a PET scan which was “hot” consistent with malignant tumor.  The patient underwent a bone marrow biopsy and had blood work consistent with a multiple myeloma diagnosis.  The patient underwent radiation treatment with 25 fractionated cycles.  The patient was given one percocet to control his pain by his oncologist.

After several months he represented with worsening neck pain and placed in a hard collar.  He had a repeat CT scan which showed some progression of disease now more affecting the C3 vertebral body (Fig 11).  The patient had flexion extension x-rays which showed stability. The patient was referred to pain management for better control.  He was placed in a hard collar. Given the progression of disease after radiation, three columns of the spine affected,  progression of neck pain, potential for collapse of the bone and retropulsion into the canal causing quadriplegia, surgical stabilization was offered to the patient.  Given the poor bone quality, as one can assume that the multiple myeloma could extend to other adjacent bones, it is challenging to stabilize the patient with good fixation.  Options would include stabilizing with hardware and fusion from C1 to C5 which would provide stabilization above and below the area of potential collapse.  Another option would be to go from occiput to C5.  This is a more morbid procedure and really severely limits head movement. Your “yes” and “no” movements are between your occiput and C2. Most people do not realize that sixty percent of your head and neck motion is between the occiput and C2.  The rest is distributed amongst the other cervical vertebrae. If a fusion was carried up to C1, then the patient would not lose as much motion not to mention the significantly increased exposure and risk with an occipital-cervical fusion. The patient declined surgical treatment at this point knowing all the risks. He agreed to wear his collar. He was in better pain control. He will be followed closely. 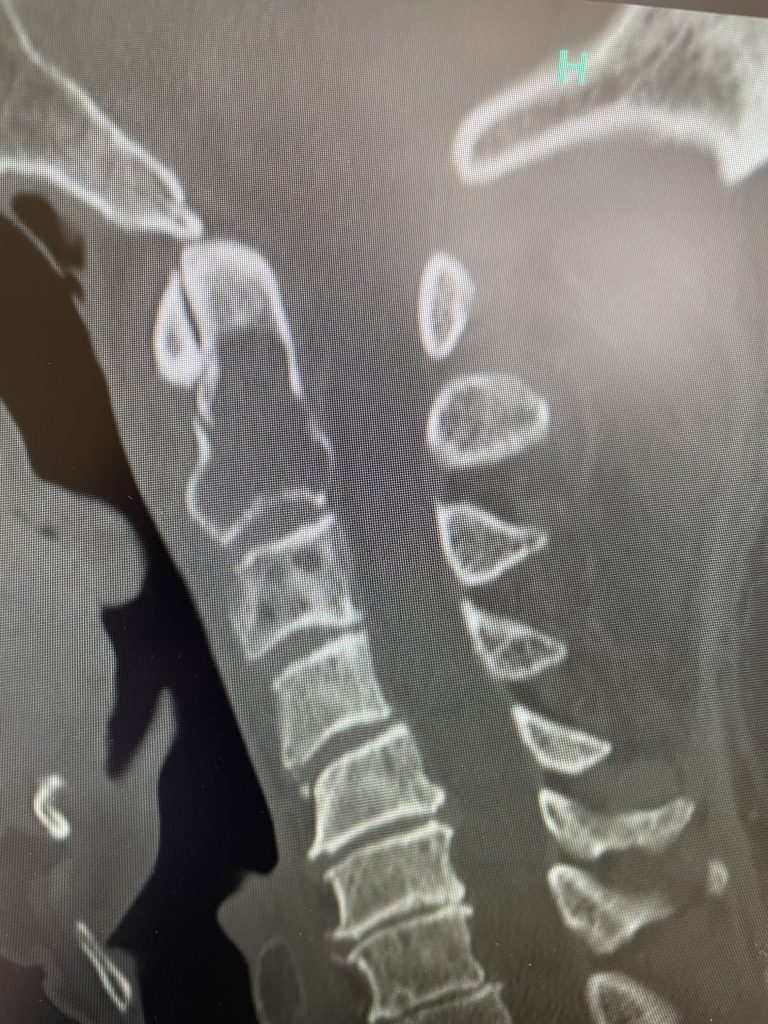