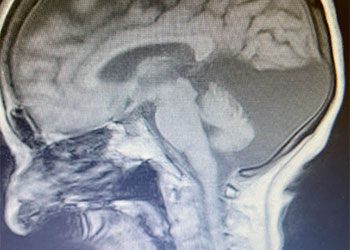 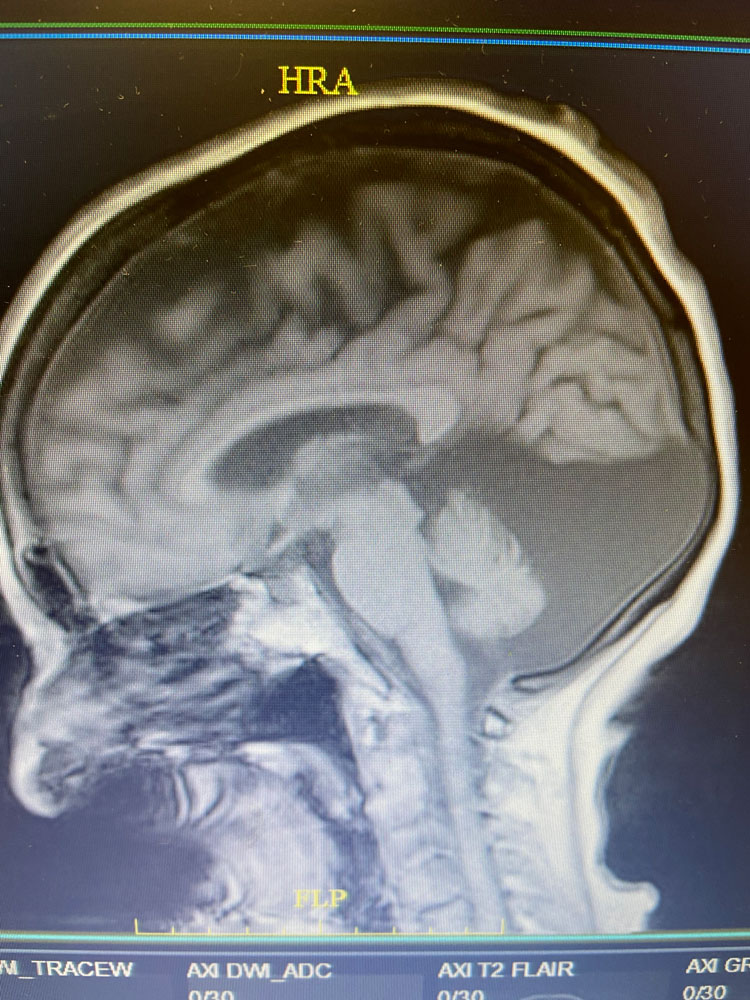 This is a 74 year old woman with a long standing history of migraine headaches. She would get about one headache per year. For the past several weeks she was experiencing a new type of pain in her head, bad headaches primarily in the left occipital region. The pain would sometimes feel like it radiated to the upper neck. MRI of the brain showed a large arachnoid cyst in the posterior fossa, and she was therefore sent for neurosurgical evaluation.

She was seen in the office by neurosurgeon, Dr. Michael Brisman. Her examination was essentially normal, except for some decreased hearing and the fact that she walked slowly due to diffuse rheumatoid arthritis. She described her occipital headaches as sudden sharp severe twinges of pain that she would get several times per day.

The Brain MRI showed a very large arachnoid cyst in the posterior fossa. Arachnoid cysts are collections of cerebrospinal fluid (csf) that are usually long-standing asymptomatic abnormalties. They are generally thought to be congenital. Arachnoid cysts generally do not require any treatment, except in rare instances.

The patient was started on carbamazepine 50 mg twice a day. At follow up one week later, the patient’s bad occipital pains had completely resolved. 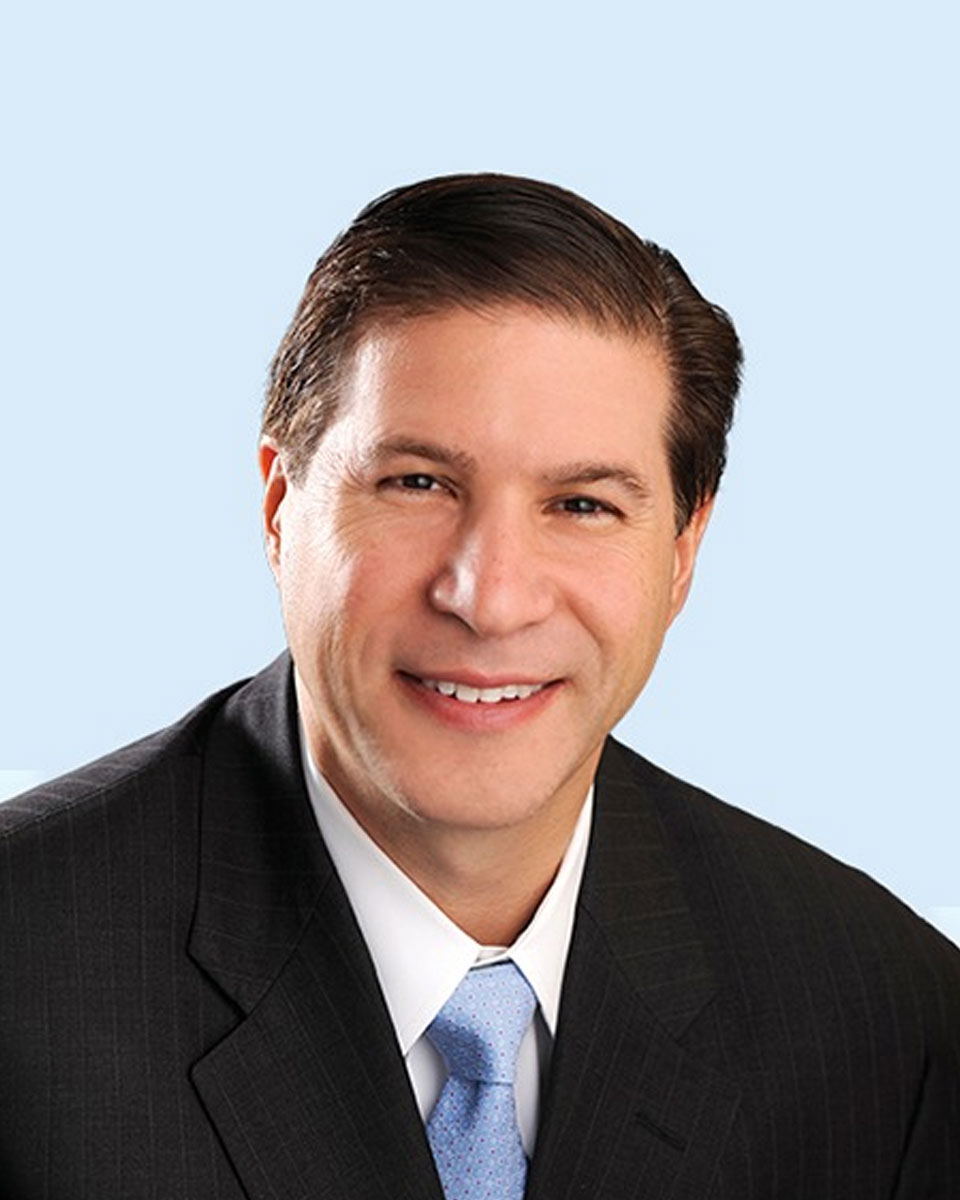 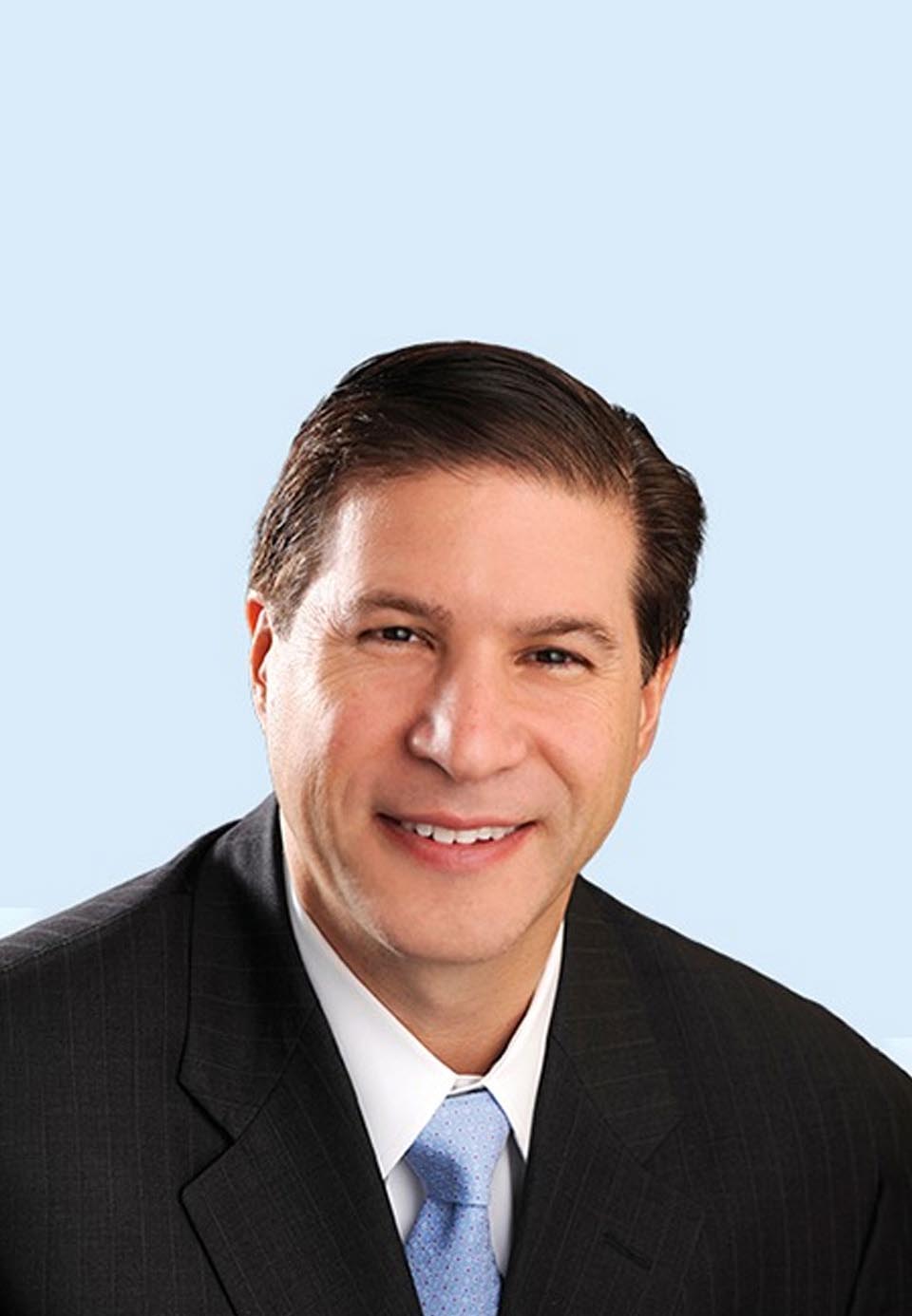