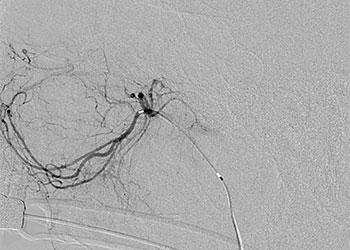 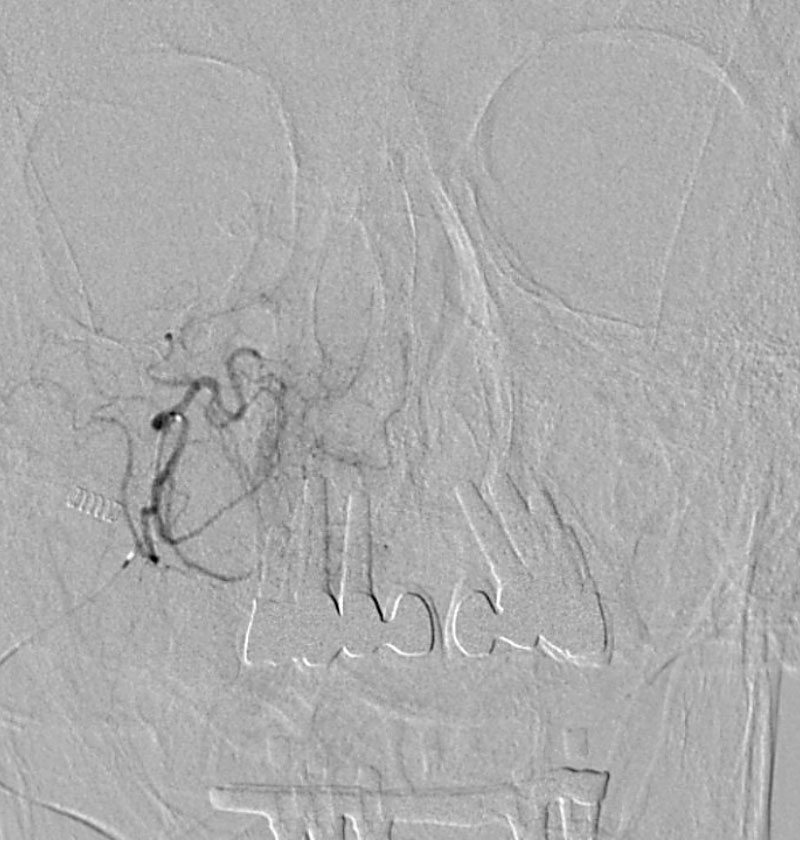 A woman in her sixties presented with intractable nosebleeds. Despite multiple balloon packings and cauterizations, she continued to have episodes of repeated bleeds. The epistaxis was severe enough to require multiple units of blood transfusions on two separate occasions. She was on blood thinners for cardiac stent implants. 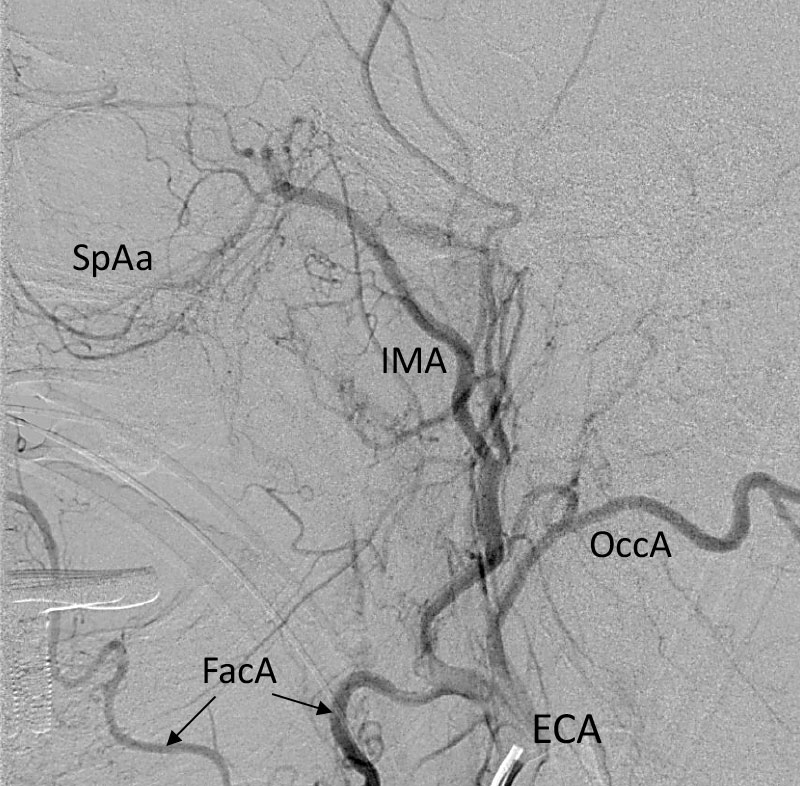 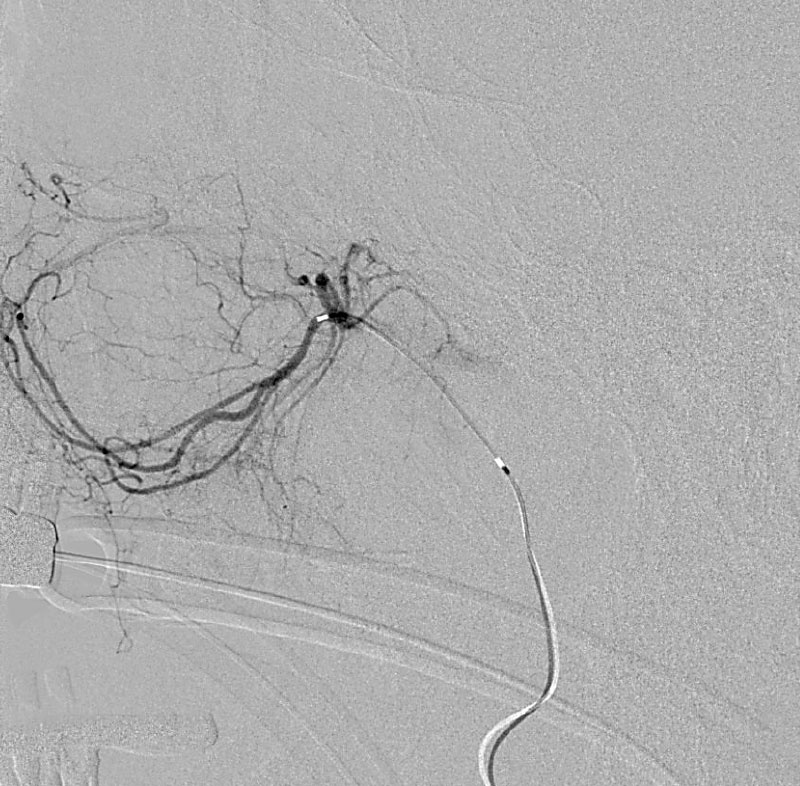 Embolization of the sphenopalatine arteries on the right (Fig. 1 and 2) was performed using Polyvinyl Alcohol (PVA) particles which cured the epistaxis (Fig. 3). The post- 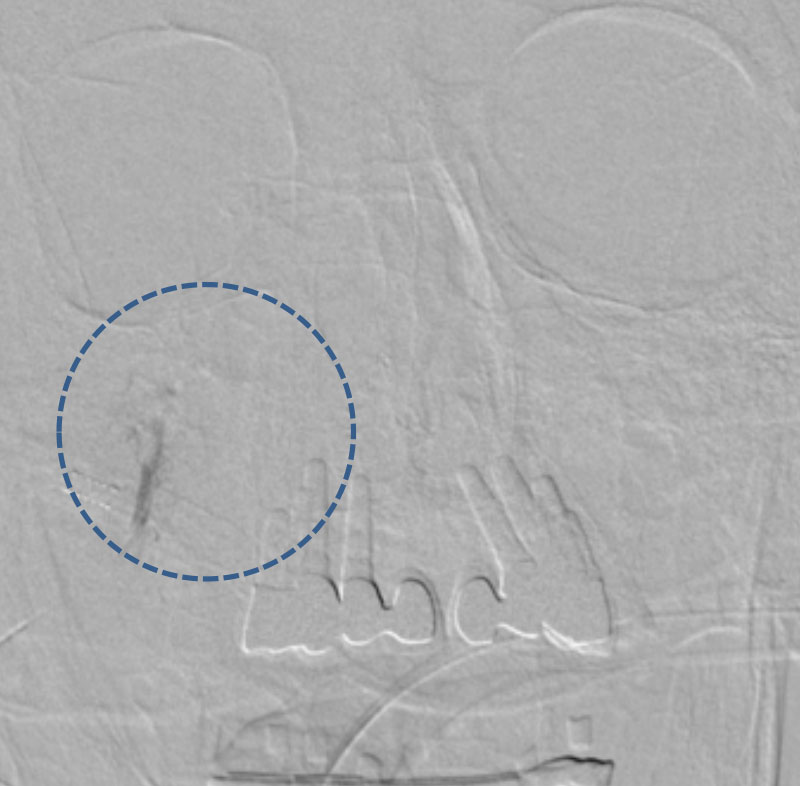 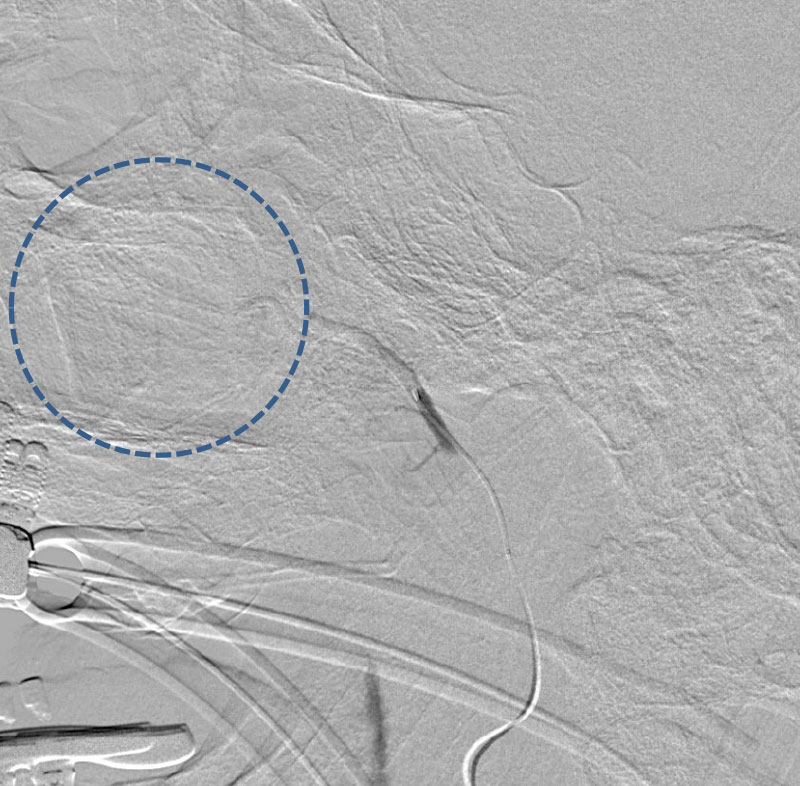 TREATMENT CONSIDERATIONS
Epistaxis is a common problem that can usually be controlled with local measures. Of the 8 Million Americans on blood thinners, three-quarters are concerned about bleeding and have changed their activities1. Nearly 1/3 people on blood thinners have limited their travel. Patients on blood thinners represent 2/3 of patients hospitalized for epistaxis. Severe epistaxis, requiring prolonged hospitalization or later readmissions have been associated with bleeding not in the anterior nose, recurrent bleeding, no electrocoagulation, blood transfusion, male sex, anticoagulant use (odds ratio 1.731; 95%-CI = 1.046–2.865), hypertension, and hereditary hemorrhagic telangiectasia (OR 13.216; 95%-CI 5.102–34.231)2.

Nasal packing and cauterization of anterior nasal bleeds are usually effective. In patients that have failed these routine measures, trans-arterial embolization or endoscopic sphenopalatine artery ligation offer high success rates and relatively low morbidity. Trans-arterial angiogram and embolization is prudent in those posterior nasal bleeds where the anatomy and bleeding site are unclear.