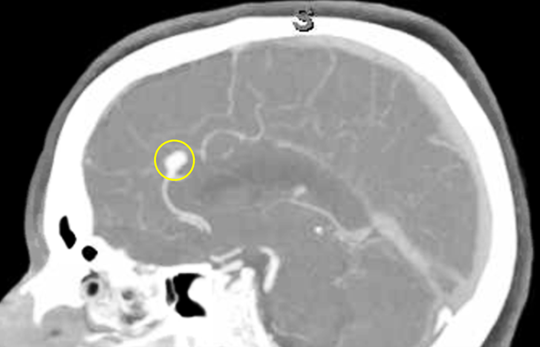 A woman in her sixties was admitted with mental status change. Brain imaging (CT/CTA) found a hyperdense mass in the pericallosal branch of the left anterior cerebral artery (Figure 1). The patient was diagnosed with atypical bacterial pneumonia and treated with antibiotics per antibiogram. Ten days later and in stable condition, she was discharged with extended antibiotic treatment. Having been seen early in the process by the Neurovascular Team of NSPC, the patient was scheduled to follow-up with the Neurovascular Team regarding the pericallosal mass that was suggestive of a mycotic (infectious or septic) aneurysm.

Based on the arterial site of the aneurysm and underlying infection (pneumonia), it was believed to be a mycotic aneurysm. Due to the size and persistence of the mycotic aneurysm, eradiation treatment was considered. Following, a conventional angiogram and endovascular embolization of the aneurysm was planned. Baseline cerebral angiogram found an irregularly shaped pericallosal saccular aneurysm that had increased in size over the past weeks (Figure 3). 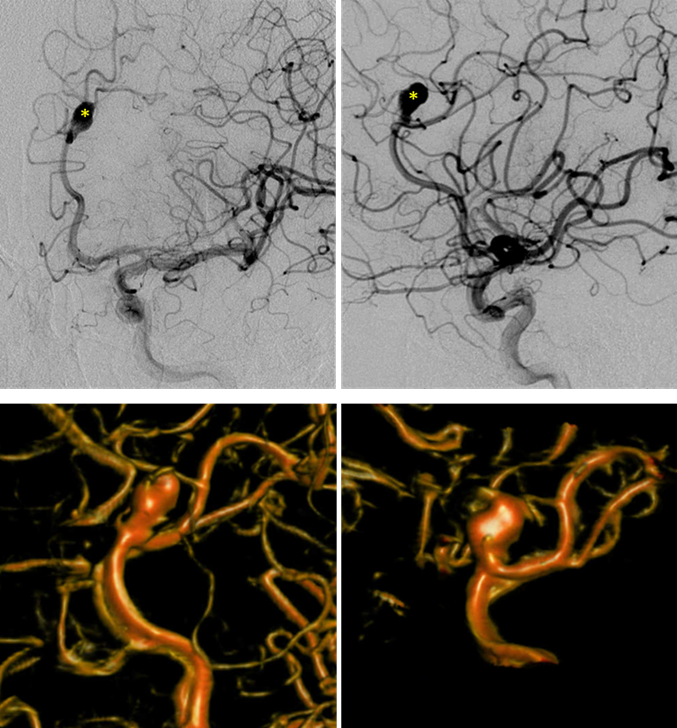 Although the aneurysm was asymptomatic, treatment was indicated due to the dynamic anatomy and infectious nature of the aneurysm. Embolization was performed with coils and resulted in near complete obliteration of the aneurysm (Figure 4). The patient had an uneventful course. 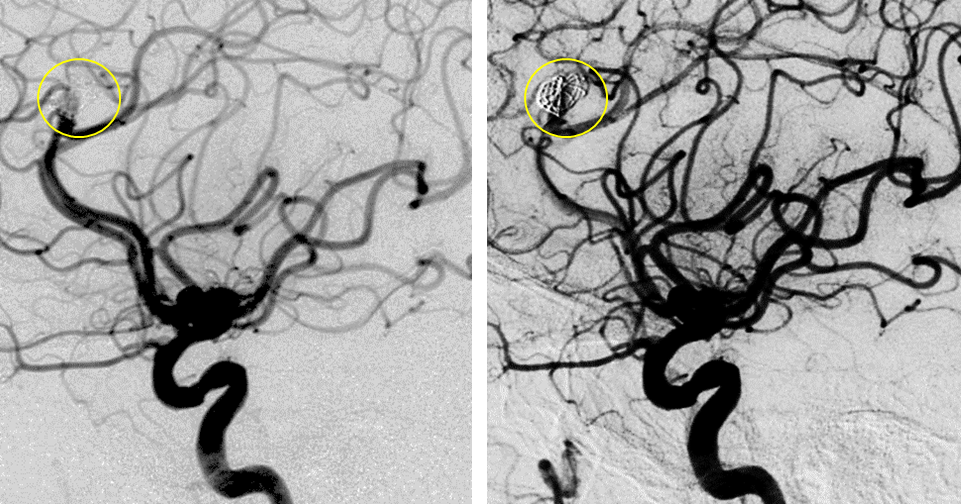 Mycotic or infectious aneurysms of the brain represent a minority (<5%) and may occur with systemic or local spread of an infection to a cerebral artery [1,2]. Most frequently, the cause is a bacterial infection (other causes include fungi and viruses) that can involve local and distant structures, such as the meninges, periorbital structures, sinus veins, endocardium, and lungs [1]. Infection and inflammation of the arterial wall lead to degenerative remodeling processes, thereby weakening the vessel wall integrity, ultimately allowing an aneurysm to form.

The primary therapy is treatment of the underlying infectious cause with extended antibiotic treatment. Mycotic aneurysms should be closely watched by professionals with neurovascular expertise for regular assessment of the risk of rupture and treated when size remains unchanged or increases [3,4,5].

The lack of randomized clinical trials has prevented a definition of a standard in practice. The identification and treatment of the infectious cause and careful observation of the mycotic aneurysm with timely effective intervention to eradicate the lesion appear prudent practice. 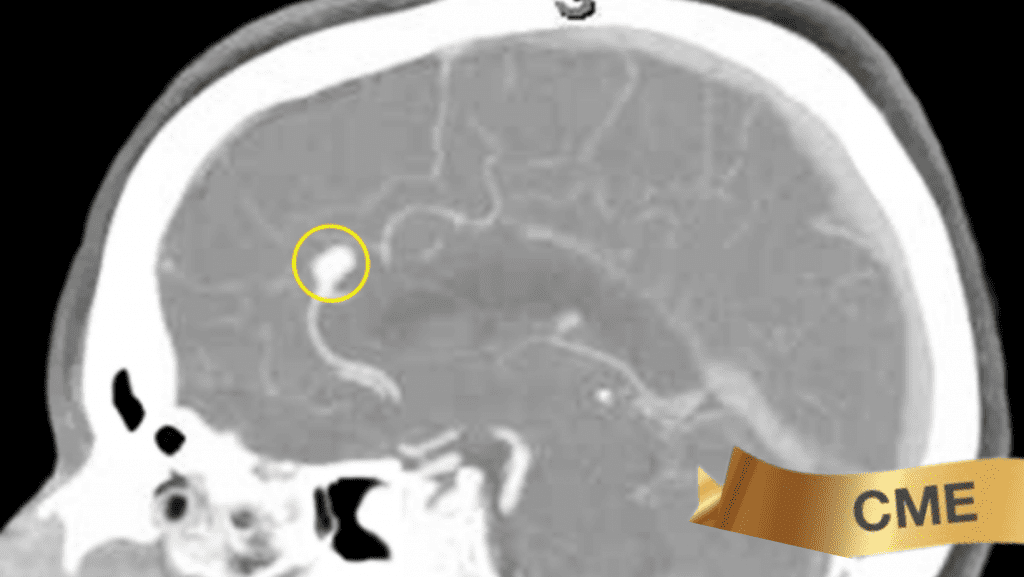